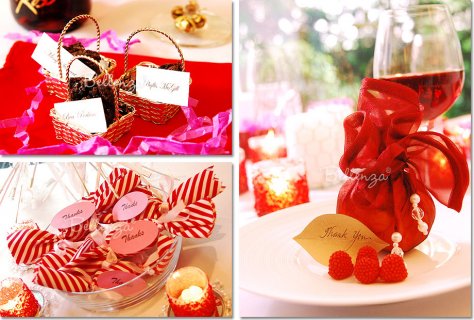 The holiday season is approaching, and with it, the holiday party.

A surefire way to enjoy your next seasonal soiree - or business meeting, for that matter - is to be an active participant in the conversation.

And an integral part of that is being able to remember the names of the people you are talking to.

It is a skill, one that you can teach yourself, according to Piera Palazzolo, senior vice president of Dale Carnegie Training.

Dale Carnegie was an author and lecturer who developed courses in business skills that are still used today. His book, "How to Win Friends and Influence People, " remains popular nearly 80 years after it was first published.

"One of his key principles was 'the sweetest and most important sound in any language is a person's name, '" Palazzolo says.

So it behooves us to remember those names and the faces that go with them, and then use them. Palazzolo, who has been with Dale Carnegie for 21 years, offers some advice:

PAY ATTENTION. When you hear a person's name, imprint it in your brain. If you're at a party or a networking event, there's a lot going on, many distractions, and it's easy to get sidetracked. If you're not careful, the minute you turn away from the person, that name is gone.

One tip, Palazzolo says, is to repeat the person's name back to them. When he says, "Hi, my name is Jack." Your response can be: "Nice to meet you, Jack." A few seconds later, bring it up again: "Jack, I love that ascot."

IDENTIFY AN IMAGE: "It's all about creating an image of that person, whatever that may be, " she says. "You're going to associate that name with an image in your mind. It could be a person doing an action. If a person's name is Jack, I'd create an image of a lumberjack cutting wood. Something else may work for you, but it's the image that will link to the name. And, it links not just to the name but the person."

The bolder and more memorable the image, the better your chance of remembering the name. She once had a colleague in class named Steven who came up with his own image for his name: somebody holding a set of evenly balanced scales - to associate with the image "even Steven."

"If I see him on the street 20 years later I'm going to say, 'Hi, Steven, '" Palazzolo says. "He made it so unique right then and there that it stuck with me."

We tested her. What if she is at a gathering and is introduced to someone named Bill?

"If I wanted to remember that name, I'd think of the bill of a bird. I'd imagine a bird on that person's shoulder and it had a nice bill."

GET CREATIVE: It's all about the image, but, she adds, "They've got to be (unique). It can't be a car passing by. That's too standard. The idea of a guy holding a scale with weights, and (they're) even - that's an unusual image, so I'd remember it better. Try to find something unique and different about the image. The most outlandish image I can conjure up is the one that will most likely stick with me."

Simple and Easy table set up for Eid Holiday Party